With all the excitement in the world at the moment, this seems to have got missed. In the early hours of this morning, UK time, Marvel released its second Captain Marvel trailer. This gives us another look at the Marvel Cinematic Universe's uber-goody, who is set to play a huge role in the fourth Avengers movie next summer. For anyone who has forgotten, the third Avengers film - Avengers: Infinity War - ended with half the universe being wiped out at the snap of Thanos' finge
0 comments
Chris Mads

Stan Lee made the world his own

"There was an idea..." The idea was to write "The Great American Novel". In pursuit of that idea, one man took a risk which would change the superhero genre forever and usher in the creation of a universe which today spans a multi-billion dollar business across film, print, TV and digital. That man was Stan Lee. The long-time publisher of Marvel Comics and the man who created iconic characters such as Spider-Man, Iron Man, The Hulk, Thor, The Fantastic Four and The X-Men, sad
0 comments
Chris Mads

Don't say I don't do anything for you. The movie world has dropped two big trailers in the last couple of days - Avengers: Infinity War Part 1 and Fantastic Beasts 2: The Crimes of Grindelwald. But if these silver screen franchise heavy hitters have passed you by, then grab a cup of tea and a five minute break and indulge yourself. Fantastic Beasts 2: The Crimes of Grindelwald You are right, the sight of Johnny Depp staring out of the screen is a bit unsettling. But the origi
0 comments
Chris Mads

The new Avengers trailer is here. After a few days of muttering online, Marvel has dropped our first official look at the next piece of the Avengers franchise. "There was an idea..." That opening from Samuel L Jackson told me everything was going to be ok. Harking back to Jackson's team-building inspirational moment in the first Avengers film reminds us just how long this film has been in coming. Shots jumping between RDJ and Mark Ruffalo and the Paul Bettany and short-haired
0 comments 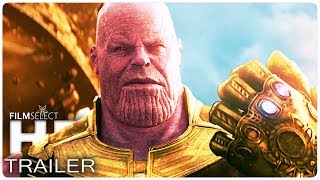 Superman vs the unwelcome moustache?

This is without doubt my favourite news story of the day; Henry Cavill's moustache is having to be digitally removed from the upcoming Justice League film. How good is that? The story goes that reshoots for the Justice League movie are currently running late and costing the studio, Warner Bros, lots of money. That reshoots are hampered by try to fit around the cast's schedules; Mr Cavill has already begun shooting the new Mission Impossible film. The studio behind Mission
0 comments